While most of us know that Vitamin A is one of the most important ingredients in a skin care regime, few know that there are more than nine commonly used forms of Vitamin A. And based on the evidence, Retinal, the one used least often is the one we should be using!

What does Vitamin A do?

Vitamin A is the most studied and effective ingredient in skin care. And Retinoic Acid is the king of Vitamin A. We have several receptors in our skin that specifically respond to Retnoic acid. When triggered, these receptors lead to skin renewal. The result is thicker, more elastic skin, a decrease in pigmentation and improved barrier function.

Isn’t all Vitamin A the same?

Most of the work studying Vitamin A has been performed on Tretinoin[1] (products, containing Tretinoin – which is the pharmaceutical form of Retinoic Acid are prescription only). And it is very effective, but as is so often the case, with effectiveness comes downside. 40% to 50% of users will experience redness, dry skin and irritation. For most, if they push on, the skin should settle down and the results will come. There are other forms of prescription only vitamin A and while they may irritate less than Tretinoin, it is a matter of degrees. And for most who experience irritation, “pushing through” is not an exciting prospect. As a result, many other forms of Vitamin A are used[2] in skin care in the hope that we will get results without the dry, red, itchy face.

There are quite a few forms of non-prescription Vitamin A that are used in skin care (eg. Retinol (with an “O”, Retinyl Palmitate and Retinyl Glucoside) which are far less irritating than the prescription form. But the evidence either says they don’t work or don’t work so well3. There is however one non-prescription form of Vitamin A which has strong evidence of effectiveness – it’s called Retinal[3] (with an “A”) or Retinaldehyde- the current “must-have” ingredient in anti-aging skin care. But perversely less than 2% of brands use Retinal as their key active ingredient.

Retinal has similar[4] effectiveness to Tretinoin[5] and is well tolerated, with a very low level of resulting irritation and has no long term side effects[6]. But if it is so great, why isn’t it used by more skin care brands? High cost is one reason. It is also difficult to source and it is also unstable (making it both difficult and expensive to transport, store and use in formulations).

The way we normally get our Vitamin A is from food. (Interestingly, while we think of carrots as being a good source of Vitamin A, the best sources are cod liver oil, fish, beef liver, eggs and grass fed dairy products. Vegetables are quite a poor source of Vitamin A). The conversion process from food we eat to Retinoic Acid can be illustrated as follow:

So the reason Retinoic Acid can be irritating is that it is that it cannot be converted back to a form that can be stored in the body. If applied directly to the skin and the amount applied is in excess of the ability of our skin to process it, the remaining amount, will irritate the skin. Other forms of Vitamin A (eg. Retinol, Retinal and Retinyl ester) can either be stored directly or converted to a form that our bodies can store and are therefore far less irritating.

When Retinal is applied to the skin, it is converted directly into Retinoic acid (to the extent that the skin can process it), making it very effective. And because our bodies only convert the amount that can be processed, there is no excess Retinoic acid to irritate.

Bottom Line. Retinal is the most effective, least irritating form of Vitamin A!

Things to look for in Vitamin A products

There are a few manufacturers who do use Retinal in their products. A few things to keep in mind when you are looking to use products with Retinal. 1) concentrations of between 0.05% and 0.1% are most commonly used, are effective and well tolerated; 2) Preferably look for a product only with Retinal (and not Retinol as well) in the ingredient list; 3) Stay away from “day” products containing Retinal and; 4) Don’t use any form of Vitamin A while pregnant or breast feeding.

Evinesse was created because it was just so hard to find skin care products using first class ingredients, such as Retinal. When we started looking, ironically we found that in the rare instances that Retinal was used, it was often formulated along with other ingredients that didn’t make sense, like Retinol or with potentially harmful or irritating ingredients (eg. Parabens or perfumes). As for Australian made, ethical and affordable products- none! So Renew Night Cream was created – the only Vitamin A night cream that ticks all the boxes.

Note: Vitamin A products should not be used by women who are pregnant or breastfeeding. They can also increase sensitivity to the sun. So sun protection should be used during daylight hours. 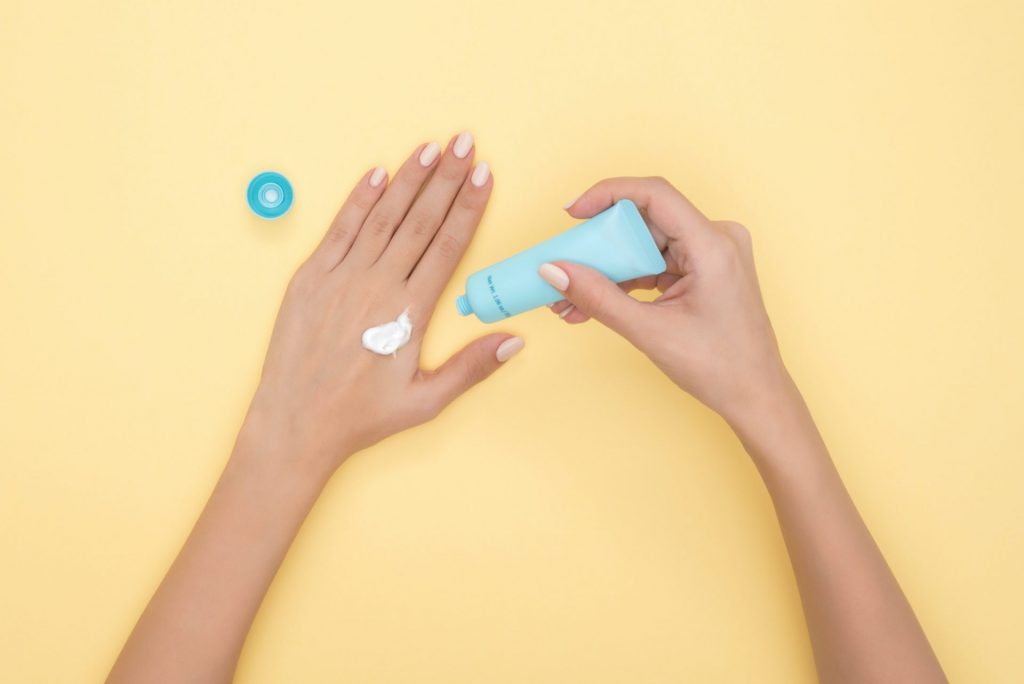 While most of us know that Vitamin A is one of the most important ingredients in a skin care regime, few know that there are… 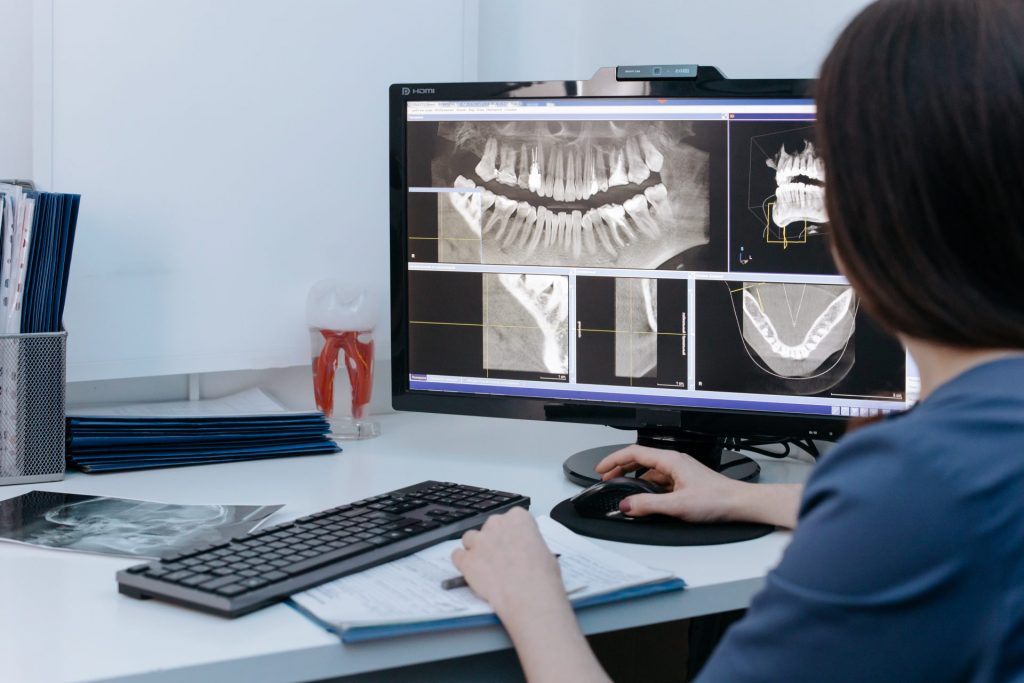 How Serious Is Your TMJ Pain?

Do you find yourself clenching down on your jaw when you’re stressed or anxious? Or perhaps you grind your teeth at night? Have you also… 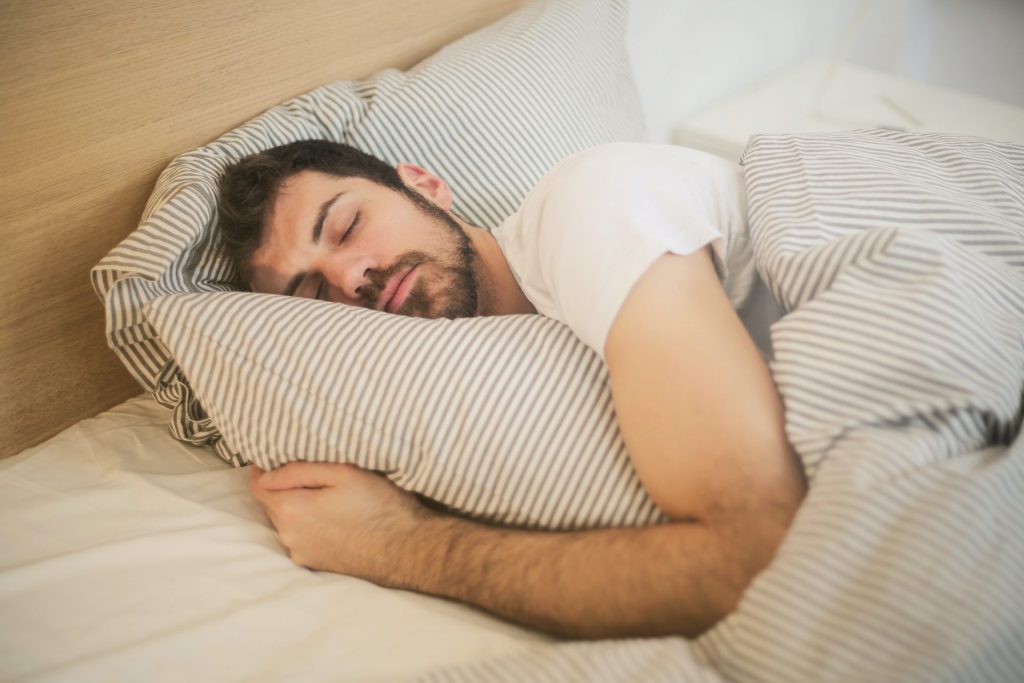 Snoring is one of the most serious sleep disorders that can decrease the quality of your life. It is not only embarrassing and annoying but…

While most of us know that Vitamin A is one of the most important ingredients in a skin care regime, few know that there are…

How Serious Is Your TMJ Pain?

Do you find yourself clenching down on your jaw when you’re stressed or anxious? Or perhaps you grind your teeth at night? Have you also…

Millennium Dental Mosman offers the best in dental services, cosmetic injectables and medical grade facial treatments all under one roof.

Millennium Dental Mosman offers the best in dental services, cosmetic injectables and restorations all under one roof.

Our COVID-19 Safety Plan goes beyond NSW Health recommendations and we’re committed  to keeping you safe.

Our clinicians wear P2 (N95) masks with >99.92% bacterial filtration efficiency to provide unparalleled protection both for you and the clinician and we’ve changed the way we operate to reduce the number of items high touch items.

Appointments are scheduled to reduce the number of patients in the practice at any one time.

High hygiene standards include enhanced cleaning procedures after each patient.

All our staff are fully vaccinated.

Sibel is one of our Oral Health Therapists at Millennium Dental.

Since becoming a member of the team, Sibel has consistently demonstrated the utmost commitment and dedication towards helping each of our patients. She has gained her experience in both the public health sector, as well as other private clinics throughout Sydney.

Her friendly nature makes her extremely approachable. When tailoring to her patients’ needs, Sibel ensures she is able to provide an attentive yet pleasurable dental experience for everybody she meets.  She is extremely passionate about promoting oral health to both her friends and fellow peers.

Sibel is a graduate of the University of Sydney with a Bachelor of Oral Health. She is also bilingual in speaking English and Turkish.

When she is away from the clinic, Sibel loves spending time with her big family, finding cafes for brunch as well a gym workout. 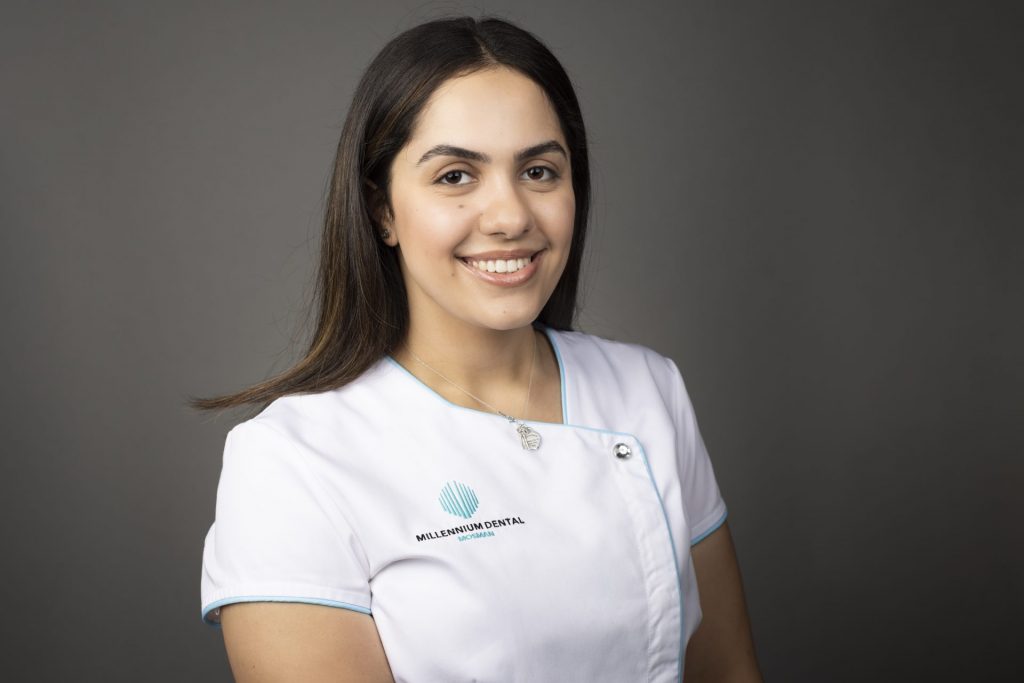 Lisa has dedicated her working life to the field of dentistry, initially, at the youthful age of 19, graduating in 1989 as a Chairside Dental Assistant and later graduating in 1994 as a Registered Dental Hygienist. Lisa’s 32 years of experience in the dental setting makes her a valuable and sought-after practitioner in our practice.

Lisa began her dental career in Ottawa, Canada. She later brought her skills and passion for oral health to Sydney in 2000, where she accepted a position with Millennium Dental Care. Lisa spreads the flossing gospel and cares for her loyal clients by providing gentle and effective preventive treatment combined with individualized education and instruction, along with respectful and ongoing encouragement. Often hearing, “That’s the best dental cleaning I’ve ever had!” at the end of her appointments. Lisa has many long and loyal client relationships within Millennium Dental Care, several have been in her care for over 20 years. Lisa’s gentle nature and respectful manner can put even the most nervous dental clients at ease. Lisa looks forward to welcoming you and your family and friends into our Millennium Dental Family. 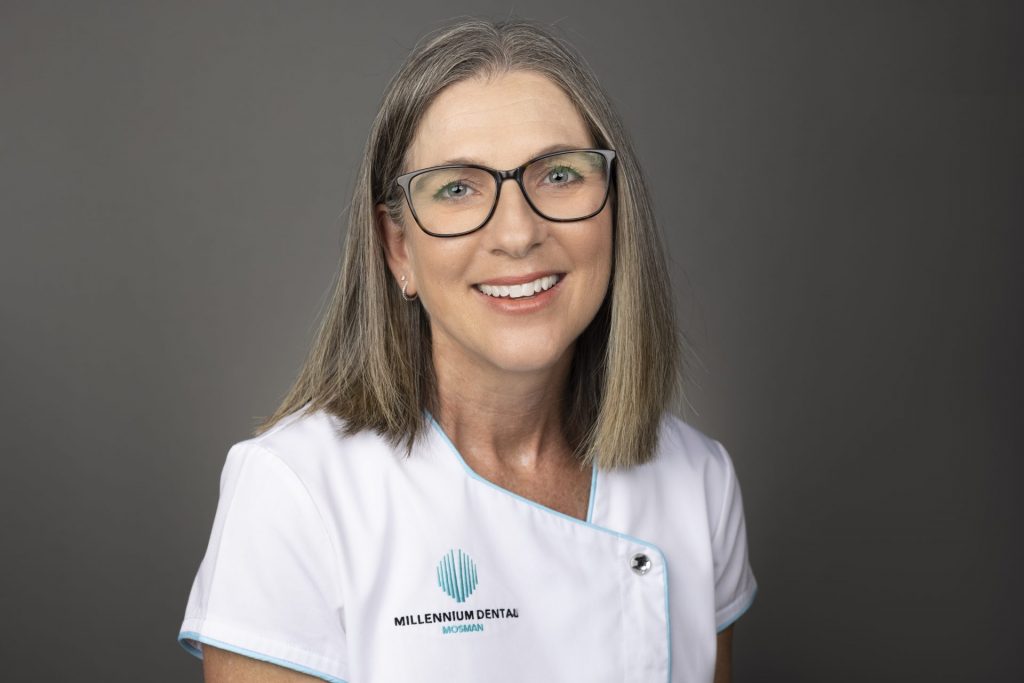 Since graduating with a Bachelor of Dental Surgery from the University of Adelaide, Dr Shruti Kulhalli has worked in Sydney and Adelaide, both as a dentist and as a university clinical tutor.  Dr Shruti brings extensive range of experience to our practice and strives for perfection when treating each and every one of her patients, always tailoring her approach to an individual’s needs. Her warm and friendly manner ensures a comfortable, personal experience for each patient. Always seeking to stay up-to-date with the ever-evolving world of dentistry, she regularly attends dental conferences and courses all around Australia. With a keen interest in both cosmetic and complex restorative dentistry.  As a mum of 2 young kids, Dr Shruti is especially passionate about the need for great paediatric dentistry.

Dr Shruti particularly enjoys the interpersonal and artistic aspects of dentistry. She loves being able to meet and to get to know different people each day and nothing gives her greater pleasure than using her skills and experience to help people gain optimal dental health and a beautiful smile. She also firmly believes that health is holistic, and when planning treatment, and always considers her patient’s general physical health and their well-being with the knowledge that these can have an important influence on oral health.

In the little time that she’s not being a dentist or a mum, Dr Shruti is a regular at her local pilates studio, and also loves learning and reading about health and wellness. In 2013, she received her certificate in health coaching with the Institute of Integrative Nutrition. This has given her the unique ability as a dentist to provide advice to her patients on the link between dental health and nutrition. 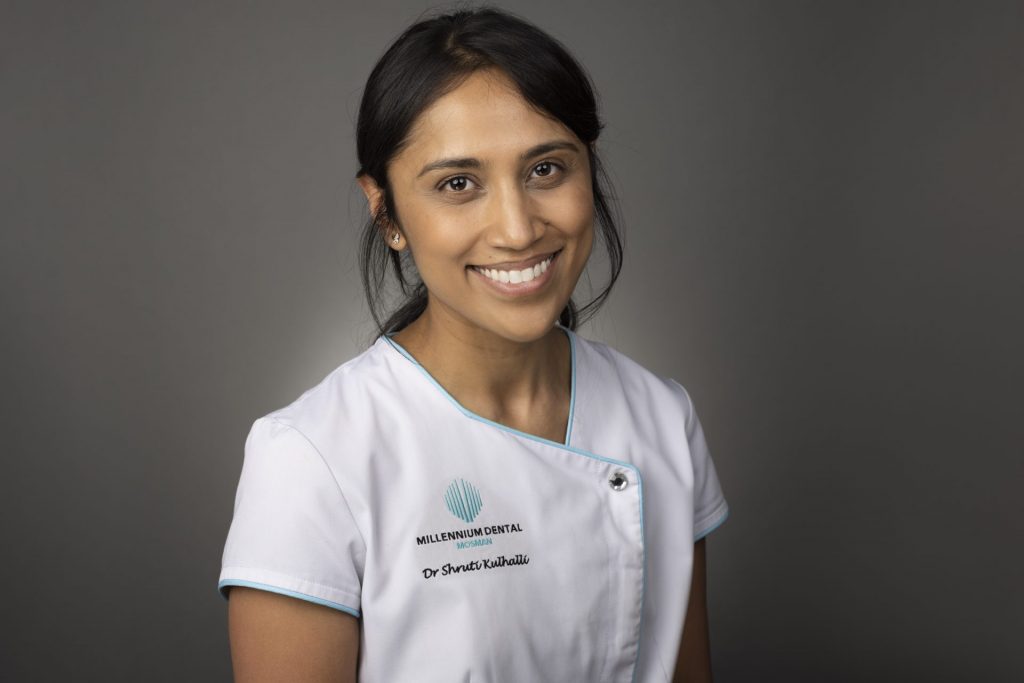 Dr Mark Rosenberg graduated in South Africa in 1982, before moving to London for fifteen years. During his time in London, Dr Rosenberg furthered his studies in implant dentistry, orthodontics, cosmetics and general oral surgery. In 1987 Dr Rosenberg received the LDS from the Royal College of Surgeons and also passed his American board exams. Dr Rosenberg benefited from the great experience of running multiple surgeries and a general anaesthetics clinic for many years.

Since immigrating to Sydney, he has enjoyed the daily drive from the Eastern suburbs to Mosman. His spare time is spent chasing after his young daughter who keeps him young and tired at the same time! He has kept fit for many years and his present regime involves running, swimming and pilates; however, his knees have decided his marathon running days are over! 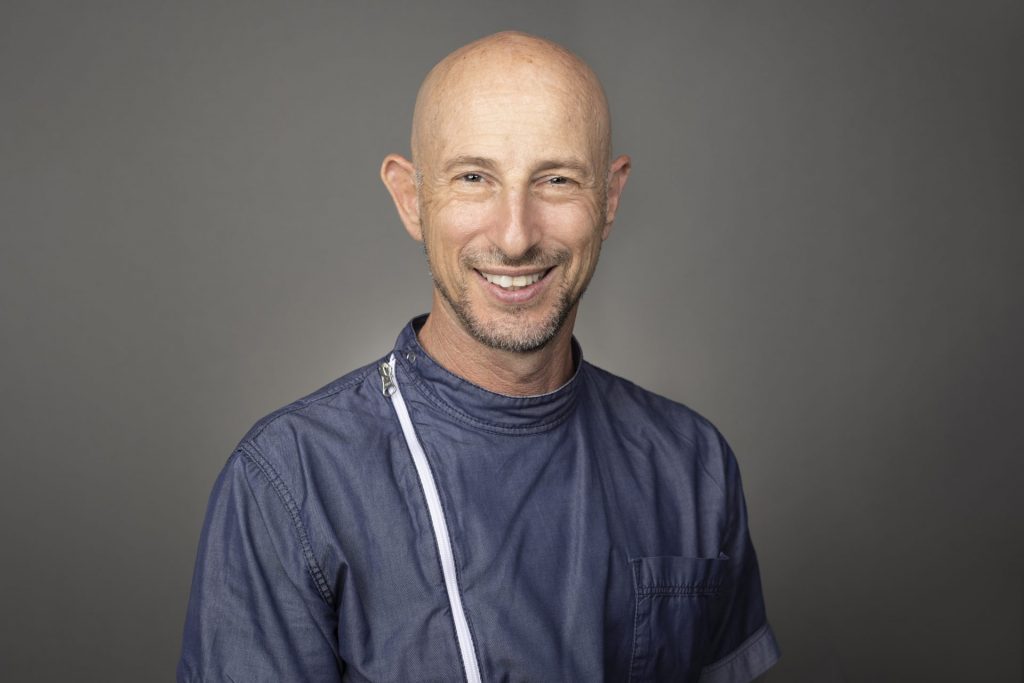